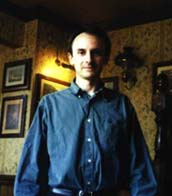 Julian Hill is the website-designer and publisher of the articles in these series.

Born in London, England, Julian Hill was educated at an English private school and went on to read Latin and Ancient Greek at Oxford University where he gained a Masters Double Honors Degree in Literae Humaniores. Inspired to visit the Queen Mary by Robert Ballard's recent (then) discovery of the wreck of the Titanic, he first saw the ship during a vacation to California in 1991 and was so overwhelmed by the magnificence of the vessel that he volunteered his help and became involved with the efforts to save her from sale or destruction when the Port of Long Beach decided they no longer wanted to operate her in late 1991, personally visiting meetings in California and making the issue an international one, the sale appearing in newspapers around the world.

Julian established the first site to be devoted to the Queen Mary on the internet, in October 1995. This site was established in 2000. Since then it has established itself as a major site for information on maritime preservation matters. Sections on other ships will eventually be added. 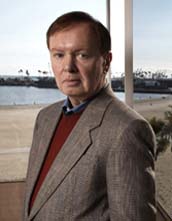 Bill Cwiklo is the author and editor of the articles in these series (Photo: John Gilhooley).

Born in Wisconsin and educated at Georgetown University, undergraduate, where he took a triple major in economics, history and diplomacy, the University of Dijon, France; and at American University, where he earned a master in public administration, Bill Cwiklo is now a principal consultant, lecturer, editor and author for an international corporation in the area of complex litigation and information management systems.

Between 1993 and 1995 he served as historian and curator for the ship, a largely volunteer effort that gave him an opportunity to assess firsthand the current day operations of the ship. Mr. Cwiklo is a past member of the board and of the executive committee of the Historical Society of Long Beach and of the Long Beach Heritage Coalition.

He never misses an opportunity to share his enthusiasm for the great liner in all her original glory. 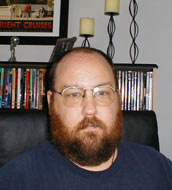 Jeff Taylor is the illustrator of historic interiors on this website.

Born in Detroit, Michigan, Jeff's love of the great liners began when he was in high school. An English teacher gave his class an assignment to do a book report and illustration relating to that story. Jeff read Walter Lord's "A Night To Remember" about the sinking of the Titanic. Jeff discovered the Queen Mary in 1978 and first visited the ship in 1980.

After finishing school he joined the U.S. Air Force and spent six years in England. During that time he made multiple trans-Atlantic crossings on the Queen Elizabeth 2. Returning to the U.S., Jeff became involved in efforts to retain the Queen Mary in Long Beach.

Today Jeff works for a major cruise line in Southern California. He has generously donated his considerable artistic and design skills and his incredible knowledge of the historic interiors of the Queen Mary in illustrating their potential reconstruction based on the recommendations in the articles on this web site.

Steve Covington is one of the illustrators of historic interiors on this website.  He lives in Southern California where he both works full time and is a student.  Born in Oceanside, California, Steve's interest in ocean liners began when he read a book about the sinking of the R.M.S. Titanic while still in grade school.  The story of the Titanic evoked a strong interest in and passion for great ocean liners and general maritime history.

Steve first visited the Queen Mary in Long Beach in 1997 primarily to see an artifact exhibition on the Titanic held aboard the ship. During that visit he also learned of the long and successful history of the Queen Mary.  Since that time Steve has studied the Queen Mary itself.  As he has became aware of the destruction that occurred when the Queen Mary was converted from transatlantic ocean liner to a floating tourist attraction he has devoted his talents to seeing her put right. 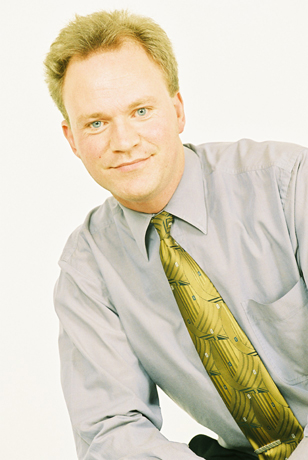 Michael Wood is a chartered accountant and business consultant based in Auckland, New Zealand. He has a strong interest in ocean liners and in the preservation of all aspects of transportation history. He first visited the Queen Mary in 1996 and has returned on a number of occasions since then.

Mr. Wood has assisted Mr. Cwiklo in the evaluation of the business performance of the current operation and in developing proposals for the Alternative Visions series. 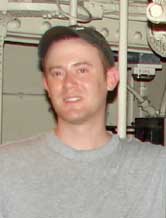 Sean Hankins is an author and contributor of deck plans for the website.

Born in Florida, Sean’s fascination with ocean liners began in 1985 when the wreck of the Titanic was discovered and grew in his senior year of high school when James Cameron’s blockbuster film came out.

After high school, Sean attended Florida State University and the University of South Florida where he earned his degree in Music Education. During his college years, he had the opportunity to work with the traveling Titanic Artifact Exhibit including the famous ‘Big Piece’. A co-worker mentioned one day that he should go see the Queen Mary sometime and the rest is history. As Sean did research on the long and fascinating history of the ship, he learned just how much had been removed or altered in some way in Long Beach and is now dedicated to seeing her properly restored.